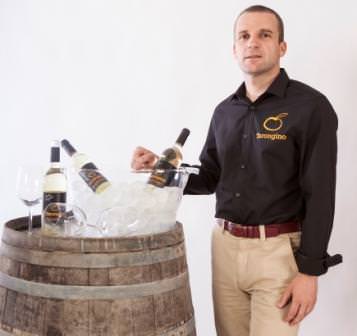 He is the oldest brother, though that seniority applies only to his age. Although it has never been officially confirmed, it is believed that he doesn’t reach 1.65m in height.

Guillermo expresses a perfect but contradictory combination of paranoid perfectionism and applied pragmatism. Furthermore, the idea was his, and thus his outbreaks of irrational inspiration should not necessarily be obviated.

His whole life has been linked to the cultivation of citrus, becoming an expert in the field, capable of distinguishing between 27 different varieties of oranges in various ways, distinguishing tonalities, quantities of juice, sugar concentrations…. all from a distance of 567 meters. But he is unable to see the sense in growing red peppers instead of green ones.

“This photo does not do me justice, and with the compressed size for the website, I’m a bit depressed.”